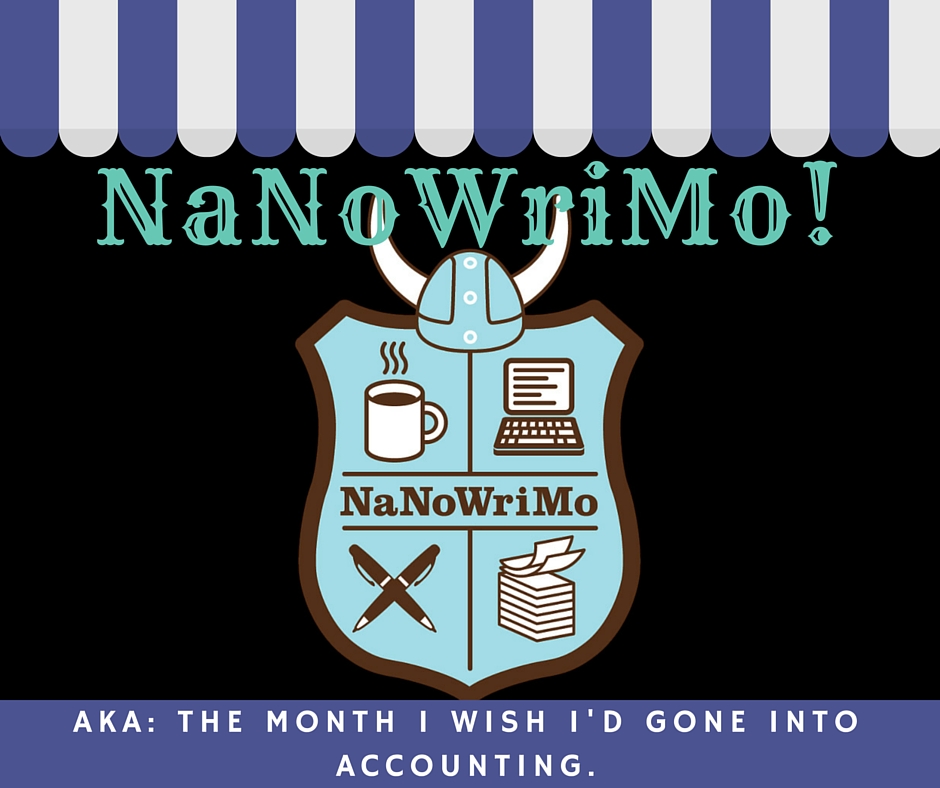 NaNo starts today! Who's in? NaNoWriMo is National Novel Writing Month. It's held every November, only the second most inconvenient month of the year. Apparently December was taken. So in between the normal activities of November (shopping, eating turkey, napping, standing in long lines at midnight at Wal-Mart for a set of Egyptian cotton sheets for 9.99 your cat's just going to shred anyway), we're supposed to write 50k for the month, which averages to 1667 words, a bag of M&Ms, and one pound per day. I've never successfully completed NaNo but THIS IS MY YEAR. I'm excited because at my school we have a small group of NaNo'ers meeting a few times a week after the final bell (get out, children). We're gonna write. Or assign each other detention slips. Whichever.

Some tips for NaNo:

1. Turn off your inner-editor. Crap words count. If you write literary gold, it counts toward your word goal. If you write nothing more one day than “Ryan Reynolds wants to marry me and just doesn't know it yet,”  it counts. This 50k draft is your crap draft. If you're aiming for perfection, your odds of making it are slim. Just get some words down.

2. Register at NaNoWriMo.org. This is where you log in your daily word count. I'm about as competitive as a six-year old, dandelion-picking outfielder, but there's something about that progress meter that motivates me. And seeing that friends are pulling ahead and working motivates me. It usually motivates me to toilet paper their homes, but that's another story and not really part of the NaNo philosophy.

3. Google: Goal, motivation, conflict. I recently purchased a one hour plot-coaching/refining session, and prior to the call I had to fill out a very basic GMC chart for my book. I put it off until the very last minute because I dislike those and avoid the, but OH MY GOSH. When I finally sat down to complete it, things fell into place. I did a GMC chart for my heroine, hero, and one antagonist, but you can customize that however you like. Maybe you just need to fill out one for your hero and heroine. A better explanation is here: http://bit.ly/1ivYt1F

If you're on the fence, just try NaNo. We're all writing total drivel this month, so join us. By the end of the month, you'll have the first draft of a book, a feeling of accomplishment, and a jpg of a medal you're never going to use.

I’m in again this year. Trying to actually finish this time. (Last time I “won” was 2001–the first time I participated.)

Your blog posts are awesome. I always know to drop by here when I want to laugh!